Probably this would be my first review on any movie. Confessing this at the starting of it would turn out a disaster, I guess and You wouldn’t be interested to read further more! I apologize for being rude, if I am. I haven’t reviewed even my favourite movies too! But this one, just held me ablaze and I am struggling to not really write anything on this phenomenal piece of shit.
Aamir was never my favourite, and neither did he manage to snuggle on my huge list! People called him “Perfectionist,” for he had a good taste when it came to the survival of society and it’s norms. I abnegated on the “Perfectionist” tag. It’s not that I hated him, but I didn’t love him either.
As I watched his latest movie, I released how wrong I was! He justified our norms to live, and the beliefs on our cultures much politely with such dense thoughts. We, the Humans are clearly the world’s most biggest idiots! We’ve become so impulsive influenced by our day to day tasks that we don’t introspect ourselves and That’s the actual sin!
A few tag themselves as orthodox creatures, and others are drowning themselves in religious customs and the left ones, well they consider themselves to be atheists. But It’s all about how you live your life, at what cost and what morals.
Meanwhile, Anushka had definitely tried to pull off the strings with the amiable and modest behaviour in the movie. She helped the one in need without expecting anything in return. That’s what real friends do.
The situations depicted in this movie are noteworthy. Yes, I am inspired by Aamir, His character bounded me.
Sushant played a very short role, which was quite sweet and lovely. His character defined the actual meaning of faith.
I am quite sure, that now the media is trying to pull off Aamir’s image saying he is against the religions and nationalism! Ironically, he maybe even accused as a traitor in the name of nation and religion and boycott this movie! How ridiculous it may sound, that’s the grave truth of us.
We define ourselves in such a way and We are not ashamed at all. Instead we value the bad and pity the good. We try profits on other’s loss, no matter how inhuman it sounds.
This movie is all about this mentioned above. I couldn’t restrain myself from questioning my beliefs and customs which are clearly baseless.
Everything was much simpler unless; we, the humans complicate it more.
Hats off Aamir Khan!
I do agree now, you’re a Perfectionist undoubtedly.
Alien Aamir justified it all.
” Kuch seekh ke gaya, kuch seekha ke;
Jhoot bolna seekha, aur seekhaya pyaar ka asli matlab….”

A for Apple. B for Bullet.. 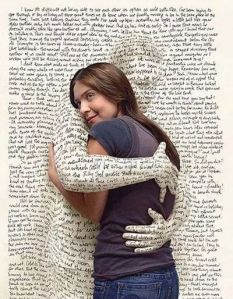 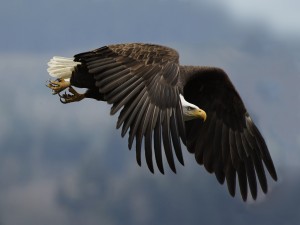 Grave eyes drown in tears,
The night seems to have shaken the unwanted fears,
It’s that night again,
Neither there is light nor rain;
Memories haunt to the deep,
Each night follows a weep.
The wondrous dream, is the silver lining,
Each and every hour tormenting;
Stop! She cries.
Strong limbs have dried.
Difficult to restrain herself from the past,
Waits patiently on clast,
Searching for a ray of hope,
Clinging like on a rope,
She stands still, a strong will;
With every second that tickles by,
Her soul longs to fly.

Abided with elegance, A lot has drenched,
A stare of care and a kiss of love; that quench
Reddened cheeks lost it’s charm,
A child’s value longs to farm.
Tender fingers crave the affectionate world,
fiddles and wonders, what better could mould.
A child needs the Mother,
The agony still smothers;
She dies each day, and the night she cries.
For the child has flawed, dreams vaguely slide,
Sorrows trickle; that essense of touch,
She sits still and watch
The child begs to be loved and to love,
Standing alone with a glimpse above.
A child’s urge: to be accepted,
The mother wants to be respected.
Nor questions or actions answered,
Neither does she gets volunteered.
Holding a curse, little sore feet walk
Mother; is what her mouth bark.
I am sorry, Mother; forgive me.
Relentlessly determined as she,
There she goes, the child goes by, Repenting with longing eye.
Creeps the child to the wild,
where she won’t find the traits being mild.

The festive season is on and I am witnessing people in different forms with tremendously varied hopes.

It’s not every other day you notice with such frequency or should I say that only and maybe, I don’t? 😜

Due to excessive and continuous rainfall the lower Assam is flooded, yet there are people busy in organising the programmes for Durga Puja, excited about and what else, they are simply happy that the festive season has approached at last. Meanwhile, there’s also endurance, where a husband is heartbroken because his wife has left him. Such was the extension of his excruciating situation, he clung onto a electrical pole in grief of his wife’s

absence. But, that kind of love is not an usual one, is it? Although I am not saying that guys should do it, of course. Don’t be suicidal just to have someone back. It’s gross. It’s bad and trust me on this, you yourself won’t be happy doing it.

I see, kindness now scattered all over as I learnt that a girl has lost her leg in the landslide taken place recently and her co-mates are collecting money so that she could afford her expenses needed for operating it. I wonder if the world is changing or it’s just my perception? Such changes did awestruck me to the core. The sessionals are on, but the students are tensed because of not having much gifts in this festive season. This makes me laugh.

Nowadays, people find happiness in the minute things they observe, they do and in what they feel. A friend of mine told me this, perhaps He is right.

People still find themselves a way to be happy and cheerful. They enjoy in drastic times too. Life is harder but these things make it simply amazing to survive.

She said, “I miss our chats.”
He asked, “What chats?”
She asked, stunned.
“You forgot me?”
He confirmed that he has no idea of what is she talking about!
She was in doubt.
Realised, all her emotions were raped.
Each and every time.
Innocence murdered,
She was stabbed and betrayed.
An incorrigible crime. 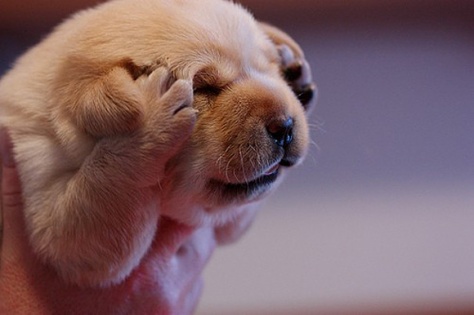 I have embraced the nights..
Fallen in love with all its dense rides,
with hypnotic slides.
Days with petty hopes,
yet i grope the black,
I chose the midway crack;
Blinking into the reality,
standing meticulously,
strong and mighty,
I have turned into a devil with tremendous wit,
a dash of humour,
strengthening my armour….
The lonesome sadness is devoured.
The nights hook me at first sight,
devilish thoughts with delight,
that blights the light,
slithering onto the skin….
darkness gliders in, just like its tonight.